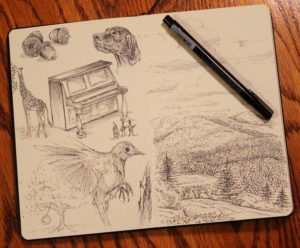 I recently re-connected with an old habit of carrying a pocket-sized notebook with me to fill my downtime – and I couldn’t be happier. Not because I have any misconceptions about how good or bad the doodles are – but because I enjoy it.

Doodling and sketching is more than just a way filling time. There are plenty of studies on the benefits of doodling, and expressing ourselves in a visual way. It’s not just an outlet for boredom while you’re on the phone or at a conference. Studies suggest it often helps with concentration and other cognitive skills, can improve productivity, and as a visual way of generating ideas.

It’s not really something that’s learned behavior – but more instinctive to most of the people that regularly doodle. It’s just one of many ways that some people use to help them focus, think and create ideas in a visual way.

Scores of this country’s best “Creative Minds” and inventors are known for their doodling. Many of our greatest presidents also sketched and doodled as they weighed some of the most important decisions of their tenure.

According to The Atlantic The Atlantic, some of the presidents who were most prolific and regularly drew pictures while on the phone or during meetings included Dwight D. Eienhower, John F. Kennedy, Ronald Reagan, Bill Clinton, George W. Bush – even as far back as Andrew Jackson, Thomas Jefferson, and both of the Roosevelts.

Below are examples of some of JFK’s doodles on the left, and Ronald Reagan’s whimsical cartoons on the right. 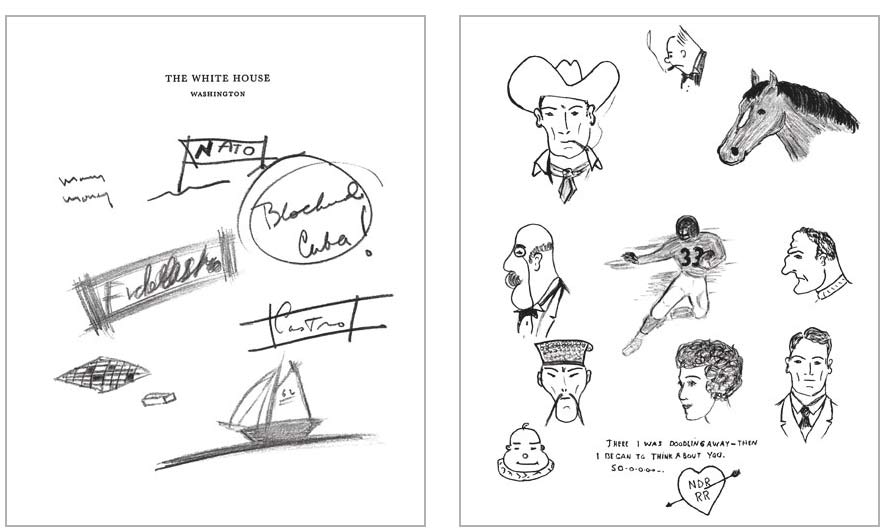 I’ve been a “doodler” as long as I can remember. The margins of my school notebooks were filled with sketches, cartoons., and my desk to this day has pictures, sketches to help me visualize the reminders and notes.

Drawing is also how I begin most of my creative projects. Whether I’m working on a logo design, a brochure, an idea for an illustration, or even a website or app – I almost always begin with a pencil and paper. Below is just one example of my process for developing a logo for an environmental advocacy group for the Adirondack Park – and the final approved color logo on the left. 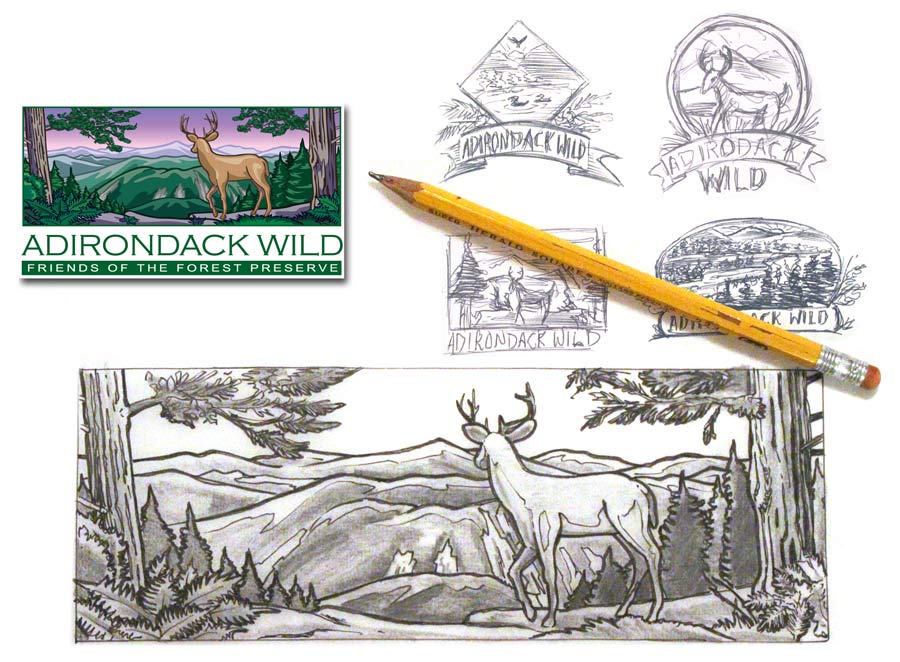 Although most of my final work is now done created with computer software, I still rely on the basics of a pencil and paper to hash out some quick ideas. 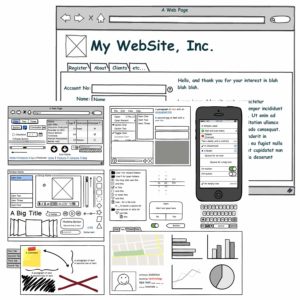 Software programs such as Basalmiq intentionally creates a “Sketched” look to eliminate the “polish” and focus more on the architecture than the final aesthetics. Below are some examples of prototypes developed in Basalmiq’s software.

Although I see the benefit of this software – I still find it much faster and more natural to do the same thing with a pencil and paper. I would encourage anyone to put away the iPad or the social media feeds on your phone, and start carrying a small doodle pad. Those times you’re waiting in the airport, on the phone or anywhere you find yourself with some free time can be much better spent “thinking with your hands”.

Don’t worry about how it looks – try it and see how enjoyable it is to concentrate in a visual way, you may just surprise yourself!